Most people don’t consider the Bay Area to be Coal Country, but over the last few years Big Coal has been using San Francisco Bay to stage and process millions of tons of dirty coal at the Port of Richmond. Big Coal has its greedy eyes on the Port of Oakland and the Vallejo shoreline, too.

That's why Baykeeper joined with the residents of Richmond and a coalition of community organizations to say no to coal exports from the Bay Area before the situation got worse. We don't need the asthma and heart disease that coal causes—which Richmond is already experiencing at high levels—and we don't want toxic coal dust polluting the Bay. 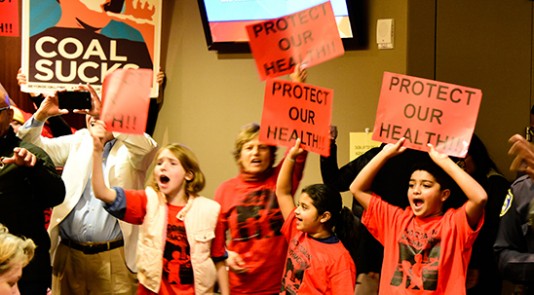 Responding to the outrage of Richmond residents and the advocacy of Baykeeper and the Sierra Club, the city council voted this past January to ban coal processing within city limits. That's a bold move, and one that makes public and environmental health the top priorities, as they should be. But Big Coal is not taking no for an answer.

Dirty fuel interests with deep pockets—mainly from out of state—are suing to stop Richmond from protecting the health of its residents. So Baykeeper is joining legal forces with Sierra Club and Earthjustice to help Richmond fight Big Coal in court. We can't afford to let Big Coal maintain its foothold in Richmond and expand operations around the Bay.

Ten years ago, Baykeeper’s on-the-water investigators discovered that coal and petcoke (a toxic oil refinery byproduct) from the Levin shipping facility in the Port of Richmond was ending up in the Bay. Baykeeper took legal action to require the shipping terminal to install pollution controls that would prevent the toxic debris from contaminating the Bay.

But since then, Levin has increased significantly the amount of coal it handles, exporting over one million tons annually in recent years. And Levin is now storing the excess toxic material that’s awaiting shipment right next to residential communities.

Fine particulate dust from coal contains arsenic, lead, chromium, and other toxic heavy metals. These pollutants are known to cause cancer, heart disease, and respiratory illnesses like asthma—and recent research has linked exposure to this kind of pollution to higher death rates from COVID-19. Burning coal for energy is also a significant driver of the climate crisis, because coal is a major source of the pollution that causes global warming.

Baykeeper helped craft Richmond’s coal ban ordinance, and we’re determined to make sure it stays in place. Together with the Sierra Club and Earthjustice, Baykeeper took legal action to support Richmond residents and San Francisco Bay. And we’ll keep supporting local communities and fighting until Big Coal goes away. 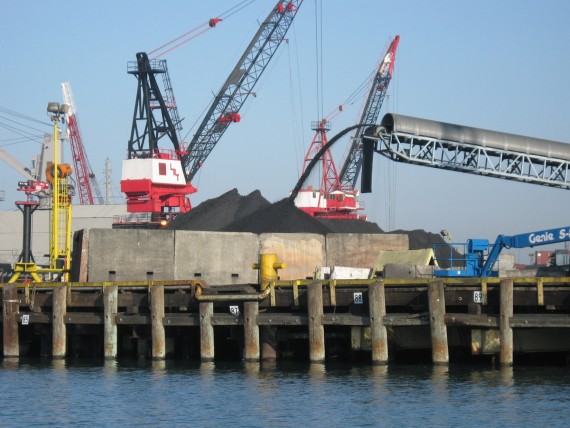 Watch a video from a young Baykeeper supporter on why we need to stop Big Coal:

Pictured, above: the Levin facility in 2011. During Baykeeper’s patrol investigations, staff witnessed wind blowing toxic dust from these piles into the Bay.

At Baykeeper, we want the dirty fossil fuel industry to transition to producing cleaner types of energy. But just what does that mean? With the industry spin doctors spreading so many mistruths, it...
January 12, 2022

Never Too Big to Be Held Accountable

Baykeeper's legal action to stop petroleum coke pollution at the Port of Benicia just got much bigger. We put Valero—one of America’s largest companies, #16 on the Forbes Top 50—on notice that we’re...
January 7, 2022

The traditional holiday season of thanks is taking on new flavor as I reflect on what Baykeeper has accomplished over this past year. There’s so much to be grateful for. We made it through the worst...
November 23, 2021
Join us to hold polluters accountable and defend the Bay DONATE NOW >